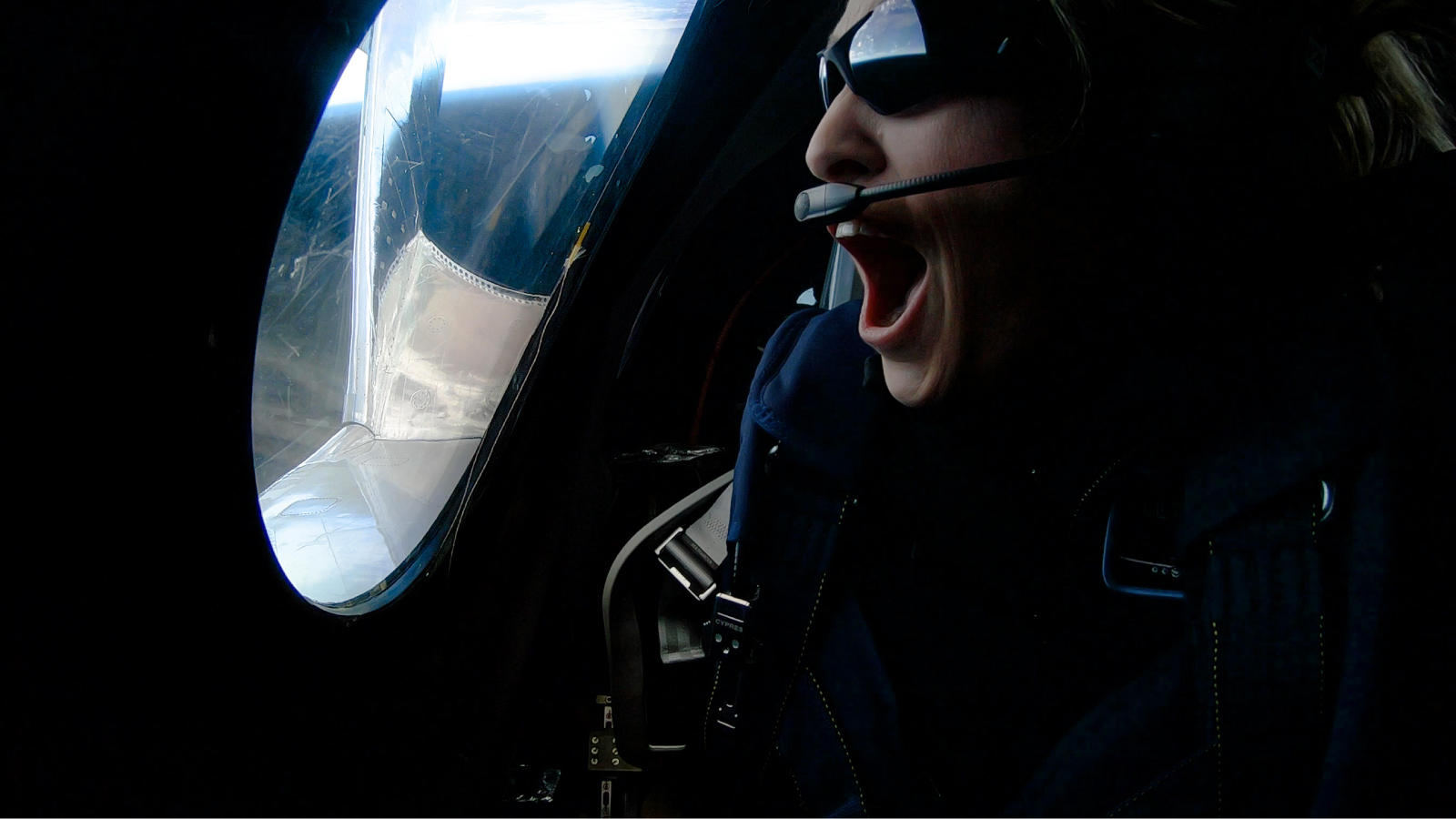 "Today the world commemorates the historic moment Yuri Gagarin became the first human to travel into space 60 years ago. It’s also an opportunity for us to reflect on the remarkable evolution that has taken place in the space industry since that historic flight, and to celebrate the blossoming space era we now live in.

Across the globe, the fascination with space is as strong as ever, driven by humanity’s inherent desire for new discovery and innovation. I feel incredibly fortunate to be playing a small part in this industry as history is being made all around us, and I salute everyone’s contributions to the mission to open space for more people.

That includes what’s happening here at Virgin Galactic, but also the work across the entire industry, across a portfolio of human spaceflight projects: suborbital flagships from two private companies are completing flight test programs, crewed orbital capsules from two countries are routinely launching and two others are imminent, my beloved International Space Station is entering her third decade of continuous human presence in low Earth orbit, private companies are testing systems to settle the Moon and Mars and, in stark contrast with their wartime roots, the space agencies of several advanced nations have announced crewed programs to explore our celestial neighbors in peaceful partnership with their terrestrial neighbors. As a species, we’ve come a long way from the moment that a solitary national hero flew a victory lap around Earth and begat the space age. We now also clasp hands across our differences and step off our home planet together, in peace.

Of course, when I look to the skies later, I’ll also reflect on my own experience of working in space as a mission specialist on Virgin Galactic’s second spaceflight. At apogee, the spaceship coasted to a complete stop, I was totally weightless, unstrapped, and hovering behind the pilots, miles and miles above the Earth, completely captivated by the view. It was the most magical moment of my life and there are no words to adequately express the feeling it gave me. It’s an experience that I can’t wait for thousands of astronauts to live out over the next few years, and I’m excited to help prepare those who’ll be flying with Virgin Galactic.

I’m glad that all those who complete a spaceflight with Virgin Galactic will also be recognized by the Association of Space Explorers. It’s an honor to be recognized by an organization which counts so many pioneers of space exploration among its members. I’m looking forward to working with them to continue to inspire and educate people around the advantages of seeing the world’s problems from the perspective of space.

When I started writing this blog, I was interested to know how others who are with us on this mission to open space would be marking this special day, so I reached out to Richard Branson, Michael Colglazier, CJ Sturckow, Chris Hadfield, and Sandy Magnus for their thoughts;"

"I have dreamed of experiencing the view of Earth from space ever since I watched the moon landings as a child. Today, we celebrate International Day of Human Spaceflight with the commercial space industry on the cusp of turning my dream, and thousands of others, into a reality by regularly flying private astronauts into space. This is the dawn of a new space age and I feel even more passionate about the future of space travel now than I did when Neil Armstrong first walked on the moon."

"Many believed sending a human into space and returning them safely was impossible. Yuri Gagarin did it in 1961. Nine years later, NASA landed humans on the moon. Thirty-one years after that, the global space community opened the ISS, a world class science lab, orbiting Earth at 17,500mph. This year, NASA landed a robot on the surface of Mars again, and in the years ahead, thousands of people will become private astronauts and experience the life-changing view of earth from space. International Day of Human Spaceflight is a reminder that through collaboration and teamwork we can accomplish anything."

"Today we celebrate curiosity, leadership, commitment and vigour of those who dedicated their lives to space exploration and made it a reality. On this day, I am thinking of our comrade Yuri Gagarin’s extraordinary achievement, and the first US space shuttle mission ever, which brought many astronauts into space. I am grateful for all the milestones our industry reached and recognize the sacrifices made in pursuit of spaceflight. We’ve come a long way, and it is our responsibility to make these historic achievements count and change the future by opening space for all.”

"Spaceflight is hard and magnificent, and worthy of recognition. It allows us to clearly see our world in a whole new way. April 12 is the 60th anniversary of an immensely brave man who forged our way into the unknown, Yuri Gagarin, and I respect and honor him for it. Every astronaut since then, from Al Shepard to the international Soyuz crew that launched to the space station last week, has followed in Yuri’s footsteps. The technology of Virgin Galactic is opening an experience like the one Al Shepard had to a whole new group of space flyers. As a former President of the Association of Space Explorers, I welcome all astronauts, past, present and future, to make the most of the experience, revel in the pure joy of it, and then share the perspectives and lessons that come with it, far and wide."

"60 years ago today human kind left the confines of our planet, expanding our awareness and perception of our world, and embarking us on a journey that changes our relationship to the cosmos. Every year since the number of humans experiencing this unique perspective has increased; a trend that is only going to accelerate. As more people have the opportunity to share this shift in perception, the whole planet will benefit."