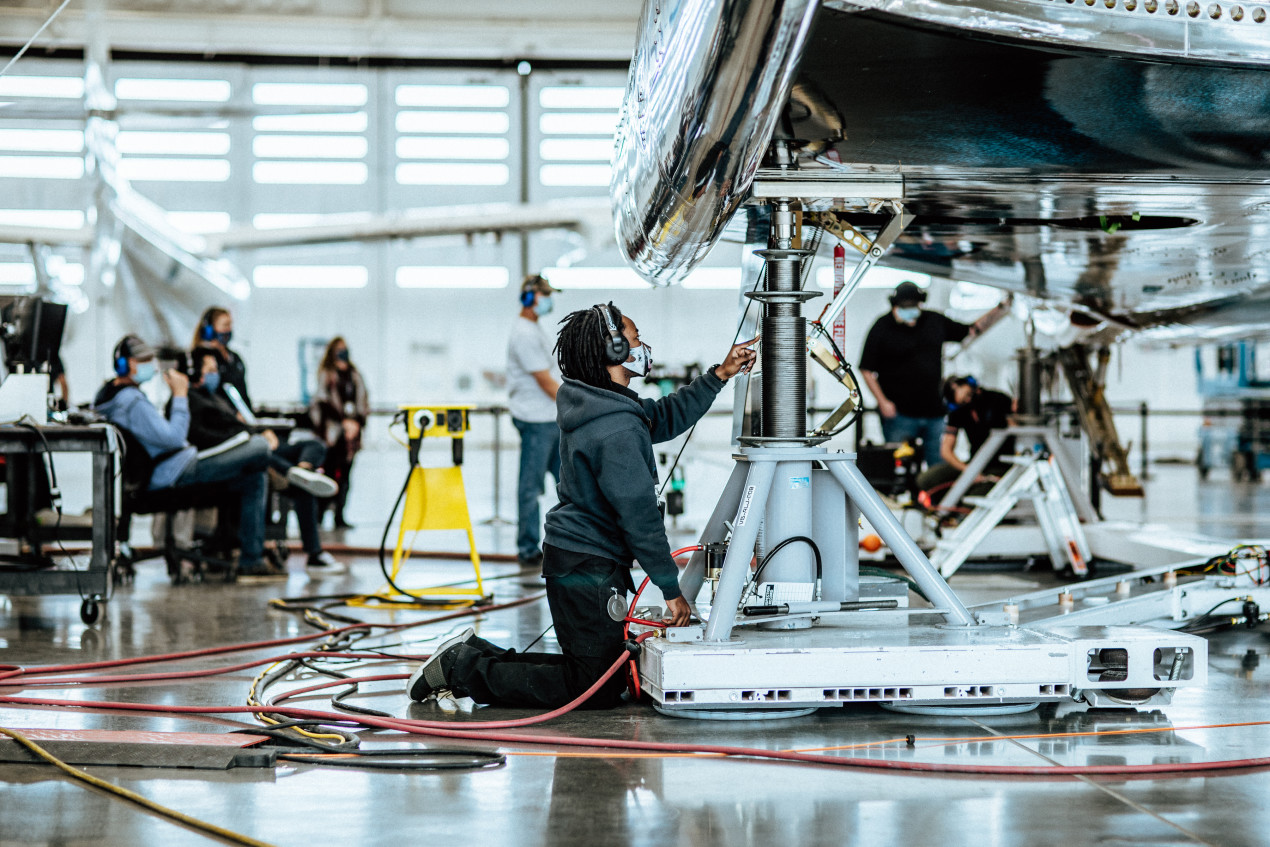 BLAST is a scholarship, mentoring and fellowship program for college Sophomore through to Senior year Black scholars pursuing STEM education with a focus on aerospace in the U.S.

This initiative, launched by Virgin Galactic, and supported by Virgin Orbit, Virgin Hyperloop, Planet, and AEye, will see scholars receive mentoring, paid summer internships, certified leadership and skills training, plus job placement opportunities upon graduation. Each student will receive $5000 in scholarship funding per award, which is renewable for up to 3 years to a total of $15,000.

In addition to the partners, BLAST will also collaborate with the Patti Grace Smith Fellowship program to provide these future leaders with an expanding network of Black peers, colleagues, and role models.

The program is designed to support the next generation of Black leaders who will power the rapidly developing aerospace industry and help solve global challenges in the years to come. At present, Black people make up 13.4% of the US population and 15.3% of American undergraduate and graduate students. However, a recent study by Aviation Week found that only 6% of US Aerospace and Defense workers are Black and when it comes to leadership positions, the same study found that only 3% of aerospace executives are Black.

As a result of this underrepresentation, the aerospace sector is missing out on the advantages brought by hiring, training, and empowering diverse groups of talented people to drive innovation. By actively creating opportunities, the goal of this collaborative effort is to support Black scholars through the academic pipeline, to a successful early career placement, and inspire a more diverse and inclusive aerospace industry.

The award guarantees a paid summer internship at one of the partner companies. Each scholar will receive a mentor throughout their studies, as well as an additional year after graduation to offer support as scholars transition into the workforce. The program also includes access to specialist vocational skills sessions and monthly leadership training.

The BLAST program builds on the success of previous and current Galactic Unite scholarship programs and initiatives that have focused on opening STEM career opportunities to students around the world. Galactic Unite is Virgin Galactic’s long-standing outreach initiative that is a collaboration between company staff, the Virgin Galactic Future Astronaut community, and Virgin Unite foundation.

Michael Colglazier, CEO of Virgin Galactic said, “These fantastic scholars are helping to drive forward the aerospace industry, and I’m delighted to welcome them onto the Galactic Unite BLAST program as our first cohort. Diversity is a key component of innovation, and this scholarship will inject even more creativity and add extra insight into the growing aerospace sector. I look forward to seeing this group of brilliant individuals thrive across the organizations involved in this program, and hope to see them become future leaders in the aerospace industry, inspiring others to follow in their path.”

Michael Kyle, Planet’s Head of Talent and Belonging said, “As Planet continues to invest in our own racial justice commitments, we are proud to be a founding sponsor of BLAST, providing new career pathways into space, specifically and with intention, for members of the Black community, we are in amazing company, and together we will be part of the future for change.”

Amaury Reed, a scholar on the program said, "I am honored to be part of the Galactic Unite Black Leaders in Aerospace Training Program! It has been a dream of mine to contribute to making space more accessible to all and that dream is finally coming to fruition with the help of Virgin Galactic. I am ecstatic to learn as much as possible from my prospective mentor and the rest of the Virgin Galactic Team. Experiences like these really do keep young engineers facing the rigors of their academic course-load motivated, and passionate about the work they do."

Congratulations to our inaugural class of BLAST Fellows!

Galactic Unite scholarship programs have awarded over $1million to more than 100 students globally. Presently, more than half of the scholarship recipients are women; and 37% recipients represent ethnic minorities, including, Black, Hispanic, American Indian, Asian and Pacific Islander.

Planet is the leading provider of global, daily satellite imagery and geospatial solutions. Planet is driven by a mission to image all of Earth’s landmass every day, and make global change visible, accessible and actionable. Founded in 2010 by three NASA scientists, Planet designs, builds, and operates the largest earth observation fleet of satellites, and provides the online software, tools and analytics that enable users to simply and effectively derive value from satellite imagery. To learn more visit www.planet.com and follow us on Twitter at @planetlabs.

Virgin Orbit builds and operates the most flexible and responsive satellite launcher ever invented: LauncherOne, a dedicated launch service for commercial and government-built small satellites. Designed and manufactured in Long Beach, California, LauncherOne rockets are air-launched from our modified 747-400 carrier aircraft – allowing us to operate from locations all over the world in order to best serve each customer’s needs. To learn more or to apply to join Virgin Orbit’s talented and growing team, visit virginorbit.com.

Virgin Hyperloop is the only company in the world that has successfully tested hyperloop technology with passengers, launching the first new mode of mass transportation in over 100 years. The company successfully operated an occupied hyperloop vehicle using electric propulsion and electromagnetic levitation under near-vacuum conditions, realizing a fundamentally new form of transportation that is faster, safer, cheaper, and more sustainable than existing modes. The company is now working with governments, partners, and investors around the world to make hyperloop a reality in years, not decades. Learn more about Virgin Hyperloop's technology, vision, and ongoing projects here.