Virgin Galactic has always put the customer at the very centre of its business.Its Future Astronauts from around the world are pioneers in a new space age, which is set to transform our lives. They have played a vital, enabling role and have become a unique community, connected by a passion to open space for the benefit of life on Earth.  Land Rover, Virgin Galactic’s exclusive automotive partner, has immortalised this moment in history by creating a special edition Range Rover, the Astronaut Edition, to celebrate the Virgin Galactic Future Astronaut community and its contribution to the democratisation of space.

At a private event on Thursday May 9th, Richard Branson joined Virgin Galactic Future Astronauts, for the unveiling of the Astronaut Edition Range Rover.

Gerry McGovern, Land Rover’s Chief design Officer, walked Richard through the design process of the limited-edition commission, which has been brought to reality by Land Rover’s Special Vehicle Operations (SVO) division. Along with design features which represent the Future Astronauts’ connections with each other, with the spaceship and with history of flight, the Astronaut Edition is also a manifestation of the values and vision that are shared by Land Rover and Virgin Galactic.

The Astronaut Edition is available exclusively to the Virgin Galactic Future Astronaut community, and is the latest evolution of the wide-ranging and long-standing partnership between the two companies. 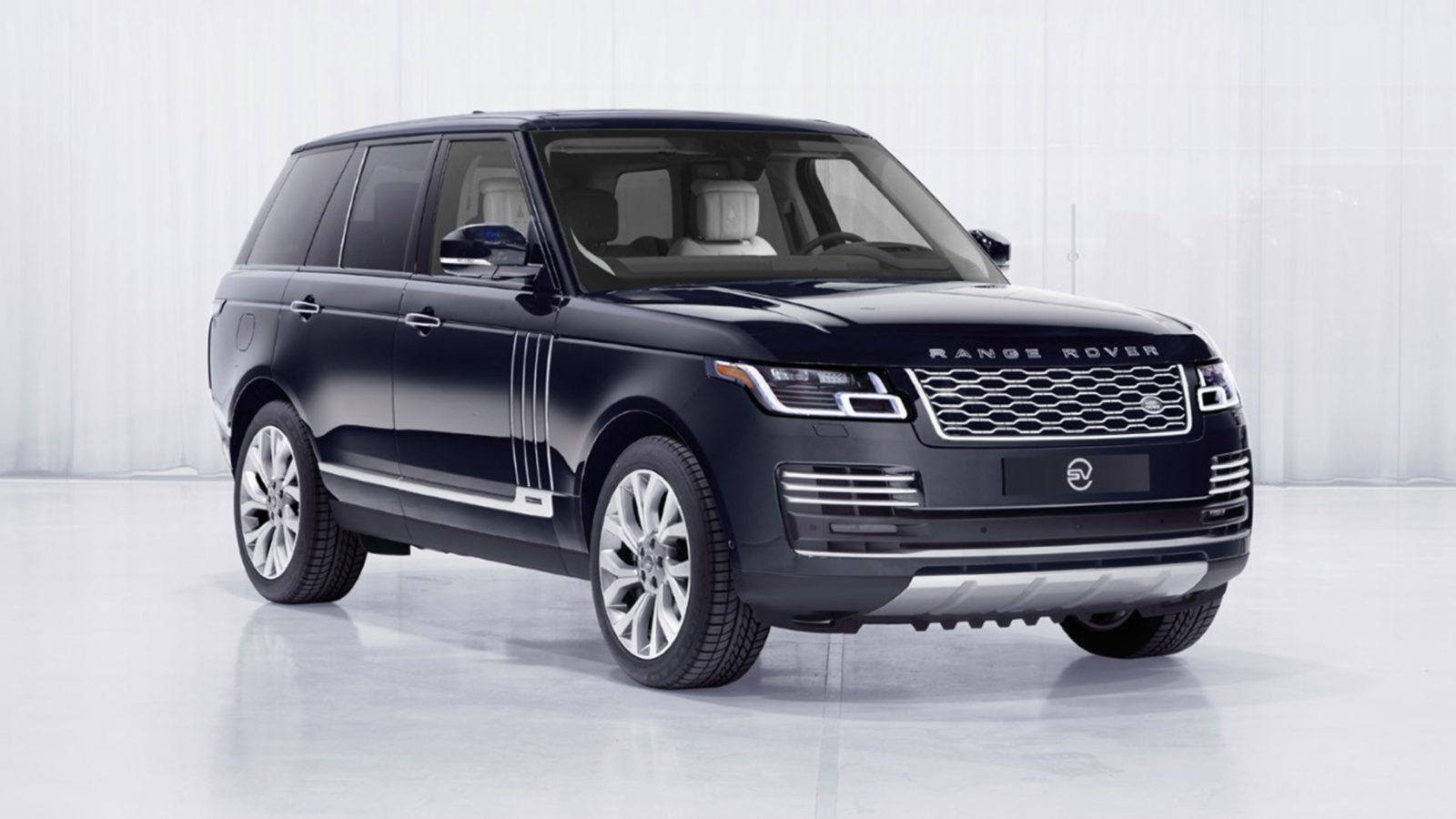 A meeting of pioneering minds, on land and in space

Land Rover joined Virgin Galactic on its journey to space in 2014 as exclusive automotive partner to the world’s first commercial spaceline. Since then, a fleet of Land Rover vehicles has been on the ground at the company’s development and test facilities in Mojave and at its home, Spaceport America in New Mexico, providing valuable support for the Virgin Galactic team as it moves ever closer to regular commercial flights.Right from the start, the partnership has been an authentic collaboration borne out of both brands’ shared vision to push the boundaries of travel, from the Earth’s surface through to space. The partnership illustrates the sense of exploration and adventure which sits at the core of these two British brands and the Astronaut Edition vehicle has been crafted with that in mind.Both Virgin Galactic and Land Rover are committed to ambitious visions for a future of better, sustainable travel. Virgin Galactic’s Future Astronauts share that pioneering spirit and this car is a physical embodiment of that character.

Connecting Future Astronauts and their spaceflight

The Astronaut Edition reflects a design philosophy which combines fit-for-purpose with a simple but elegant beauty; an approach synonymous with the architecture of Virgin Galactic’s spaceflight system. The often remarked upon wooden skid which acts as a highly effective, lightweight braking mechanism within SpaceShipTwo’s landing gear, is a perfect representation of this shared ideology. A part of the skid from a Future Astronauts’ own spaceflight will be engraved and re-fashioned to form an integral part of the Astronaut Edition’s centre console.This is just one of many bespoke features which have been executed by the Special Vehicle Operations Division at Land Rover’s state-of-the-art Technical Centre in Warwickshire, UK.

Crossing new frontiers and creating incredible design means pushing the boundaries of technology. The ‘Zero Gravity’ exterior colour is unique to the Astronaut Edition.  A multi-layered paint that mirrors the inky, infinite depths of a star-filled night sky.

The history of flight, represented throughout

The Virgin Galactic ‘DNA of Flight’ logo, which showcases the progress of aviation and spaceflight through time, adorns the carbon fibre console drawer lid, and is also embossed onto the seat. The story begins with Icarus and ends with Virgin Galactic’s SpaceShipTwo.

Further detailing takes the form of the iconographical representation of 58 stars in a constellation, one for every nation represented in the future astronaut community.

Best of the pioneers in land and in space

When the doors open, a bespoke puddle lamp switches on to illuminate the ground and shows a silhouette of SpaceShipTwo.

Land Rover and Virgin Galactic are committed to a future of transportation which is clean and sustainable. The Astronaut Edition is equipped with Land Rover’s advanced 404hp plug-in hybrid where available. A sustainable solution, without compromising performance, experience or design.