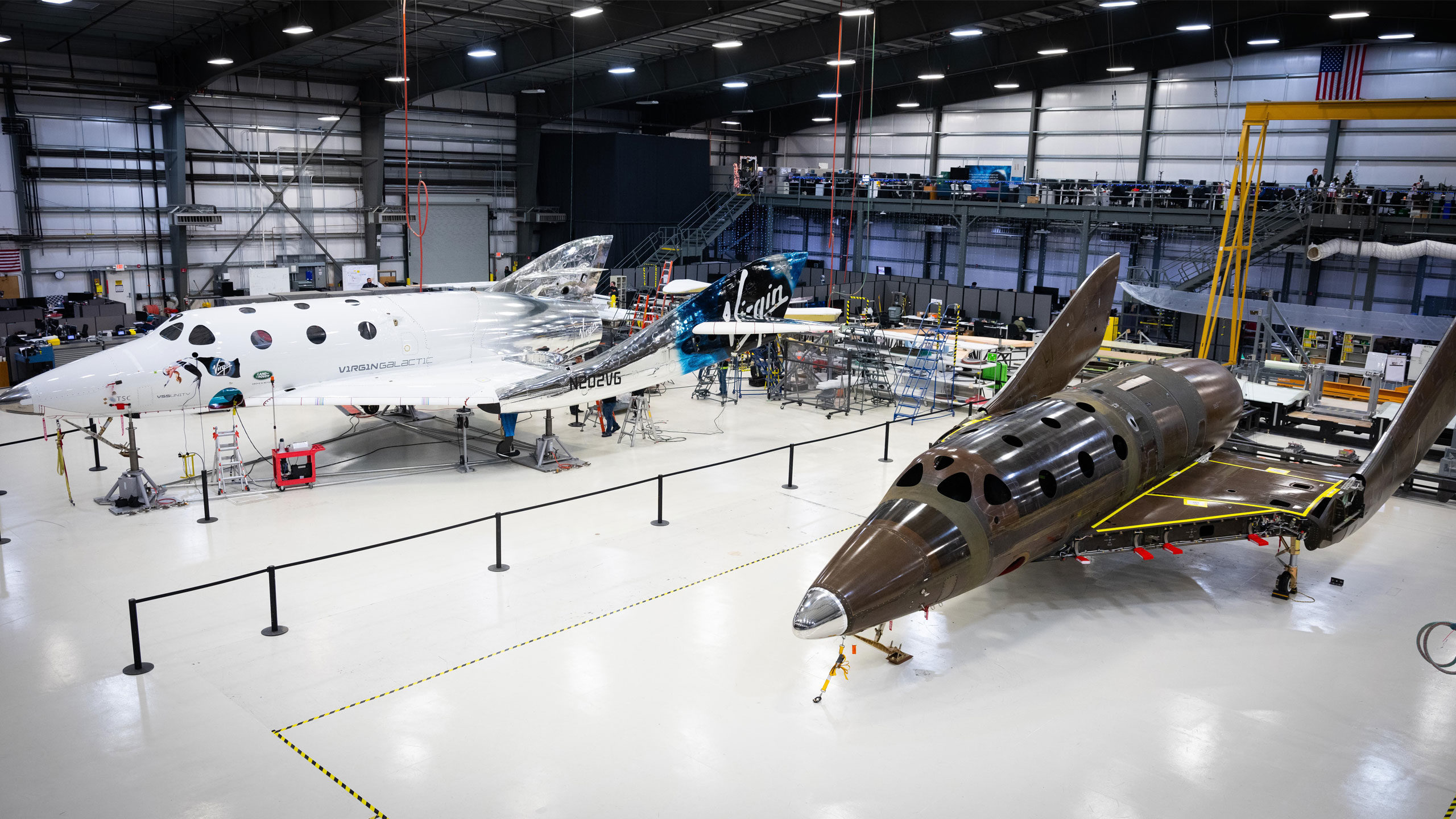 Virgin Galactic Holdings, Inc. (NYSE: SPCE) (“VG” or “the Company”), the world’s first commercial spaceline, announced today that it has reached the “Weight on Wheels” milestone in the build of its second commercial spaceship.  In this milestone, all major structural elements of the vehicle were assembled, and the vehicle deployed its main landing gear and carried its own weight for the first time.  The milestone signals strong progress in the manufacture of Virgin Galactic’s space vehicle fleet by The Spaceship Company, VGH’s wholly-owned aerospace development subsidiary.

This Weight on Wheels milestone has been reached considerably faster than it took to get to this stage with the first spaceship in the Virgin Galactic fleet, VSS Unity, which is currently in flight test. This pace has been achieved through a more efficient, modular assembly process, as well as experience curve benefits.

With the spaceship now capable of bearing its own weight, the assembly team is hard at work connecting the vehicle’s integrated systems, including the flight control systems from fuselage to tail booms, as well as completing the final structural closeouts.As this work is completed, the spaceship will be positioned in the hangar for the start of integrated vehicle ground testing, which will verify the integrity of all systems. This step is a precursor to the start of its flight test program.

Beyond today’s Weight on Wheels milestone for the second space vehicle, the Virgin Galactic spaceship fleet is already advancing to its third spaceship, also currently under construction in Mojave. Structural and system part fabrication for that third vehicle is now over 50% complete.

George Whitesides, CEO of Virgin Galactic said: “Reaching the Weight on Wheels milestone considerably faster than was achieved for VSS Unity is a huge accomplishment and is a testament to the growing expertise and capabilities of the company. We now have two spaceships that are structurally complete, with our third making good progress. These spaceships are destined to provide thousands of private astronauts with a truly transformative experience by performing regular trips to space.’’