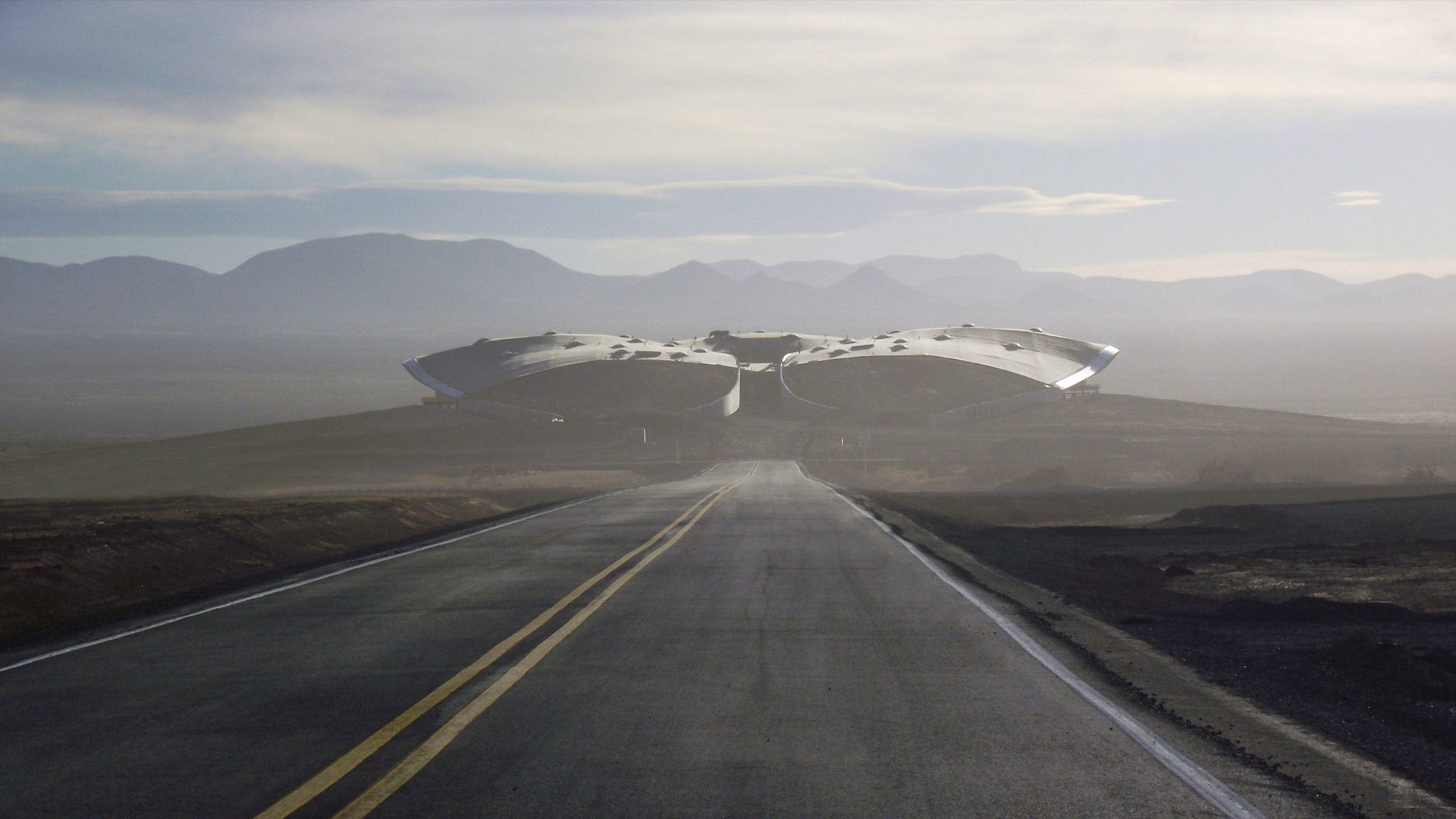 Virgin Galactic partnered with New Mexico in an agreement which saw the state complete construction of Spaceport America, the world’s first, purpose-built commercial spaceport, and Virgin Galactic committing to center its commercial spaceflight activities at the facilities once its vehicles and operations were ready for service.

This announcement signals the final countdown to a regular commercial spaceflight service for paying passengers and science research from Spaceport America. It follows the great progress in operational readiness at Spaceport, including the completion of the hanger, offices, fuel farm, warehouse and antenna for telemetry and communications, as well as interior fit-out. It also positions New Mexico on the frontline of technological innovation and, as one of the very few places on Earth that plays host to regular human spaceflight launches, a magnet for inward investment.

Virgin Galactic will reposition its space system consisting of carrier aircraft VMS Eve and spaceship VSS Unity from Mojave, California to Spaceport America over the summer months once cabin interior and other work has been completed by Virgin Galactic’s sister manufacturing organisation, The Spaceship Company (TSC). It will complete its final test flights from New Mexico for commencing a full commercial service for passengers and research payload. TSC will remain based in Mojave where it will continue building Virgin Galactic’s planned fleet of SpaceShipTwo and carrier aircraft WhiteKnightTwo vehicles.

Commenting on the announcement, New Mexico Governor Michelle Lujan Grisham said: “Virgin Galactic’s announcement today is an incredibly exciting development for both our state’s economic future and the future of aerospace in general. With these workers here and with these plans firmly in place, I’m certain New Mexico will serve as the launchpad for the rapid industry growth we’ve been expecting for so many years. Today marks the beginning of the next chapter of aerospace in New Mexico.”

Sir Richard Branson said: “Our Virgin Galactic adventure has been intertwined with New Mexico and Spaceport America right from the start and our stories have unfolded together. New Mexico delivered on its promise to build a world-first and world-class spaceport. Today, I could not be more excited to announce, that in return, we are now ready to bring New Mexico a world-first, world-class spaceline. Virgin Galactic is coming home to New Mexico where together we will open space to change the world for good.”

George Whitesides, CEO of Virgin Galactic and The Spaceship Company said: “The first photograph of Earth from space was taken over New Mexico in October of 1946. How inspiring and appropriate that the state will soon host the first regular commercial spaceflight service, which will enable thousands of people to see Earth from space with their own eyes. We are deeply grateful to the citizens and leadership of New Mexico for having the vision to create a better future for their children and all of humanity.”

Dan Hicks, CEO of Spaceport America added, “Going to space and exploring the universe is a team effort. It takes strong partnerships that are courageous and also vulnerable. Sir Richard’s visionary leadership to take meaningful risks along with New Mexico leadership’s far-sighted commitment – epitomizes the successful partnerships that are truly needed for the space industry. I and the rest of the Spaceport America staff are extremely excited to support Virgin Galactic’s continued growth and future success here in New Mexico.”

Virgin Galactic is the world’s first commercial spaceline. Founded by Sir Richard Branson and owned by the Virgin Group and Mubadala Investment Company, Virgin Galactic will transform access to space for the benefit of life on Earth. To date, over 600 men and women from over 50 countries— greater than the total number of humans who have ever been to space—have reserved places to fly on Virgin Galactic’s reusable space launch system, consisting of carrier aircraft WhiteKnightTwo and spacecraft SpaceShipTwo. SpaceShipTwo and WhiteKnightTwo are manufactured and tested in Mojave, California by its manufacturing partner, The Spaceship Company (TSC). Spaceflight operations will be based at Spaceport America in New Mexico, the world’s first purpose-built commercial spaceport.

About The Spaceship Company