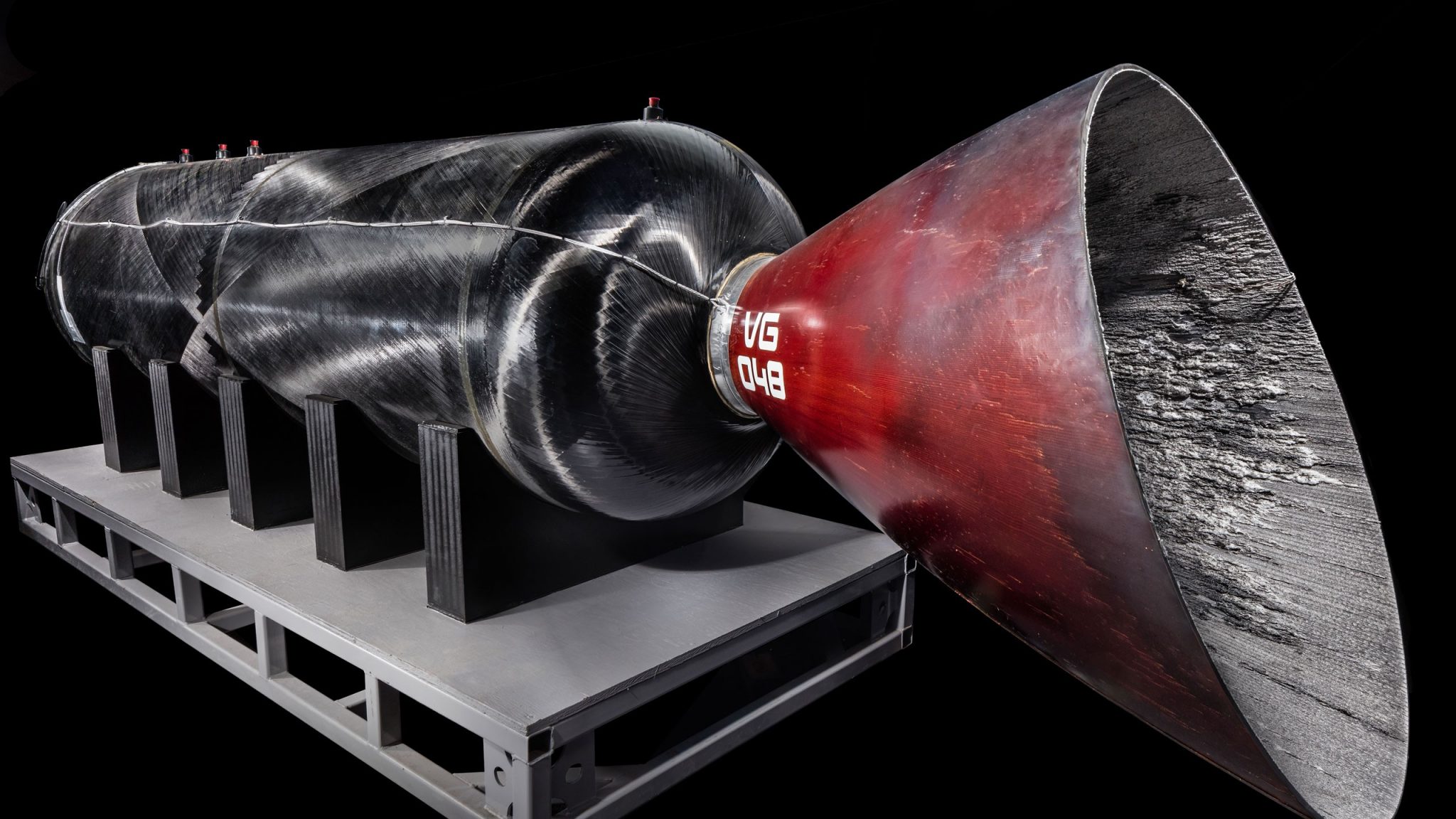 Richard Branson joined Virgin Galactic and The Spaceship Company (TSC) staff and guests today at the Smithsonian’s National Air and Space Museum in Washington DC, to announce that the hybrid rocket motor which powered SpaceShipTwo, VSS Unity, to space for the first time on December 13th last year, has been donated to the museum. The rocket motor was unveiled during the ceremony and will be exhibited in the museum’s planned, new commercial space flight gallery to be called ‘Future of Spaceflight.’

Designed and built by TSC, Virgin Galactic’s sister manufacturing organisation, the motor has been confirmed by Guinness World Records as the Most powerful hybrid rocket to be used in manned flight – a title which will be shared by both companies.

Weighing in at approximately 3,000 pounds, with 320kN of thrust and a burn duration of around 60 seconds, the motor created sufficient energy to propel VSS Unity to space at almost three times the speed of sound.

TSC, based in Mojave, CA, will be supplying Virgin Galactic with all rocket motors required to meet its test and commercial flight requirements, both for VSS Unity and for the SpaceShipTwo fleet which will follow – those vehicles also built by TSC for Virgin Galactic.

The donated rocket motor, or more accurately, the Case-Throat-Nozzle (CTN) assembly, is an integral part of SpaceShipTwo’s hybrid propulsion system – a design which seeks to combine the simplicity of a solid rocket motor with the controllability of a liquid engine – meaning SpaceShipTwo’s rocket motor can be shut down quickly and safely at any point during flight. The hybrid propulsion system has very few moving parts, resulting in a simple, robust design for human spaceflight application.

Announcing the donation, Richard Branson said: “We’re proud to be making history as we work towards launching the world’s first commercial space line, and today we could not be more delighted to donate a piece of that history to the Smithsonian’s National Air and Space Museum for its wonderful new exhibition. The desire to explore space has been an inspiration since time began and, in recent decades, an incredible catalyst for innovation. I hope our donation will also play a small part in inspiring the thousands of visitors as they pass through the new gallery in years to come.”

George Whitesides, CEO of The Spaceship Company and Virgin Galactic, said: “To see this rocket go from concept, to production, through ground test, and finally into space, and then be accepted to the world’s most respected aerospace museum is a well-deserved recognition for the spaceship propulsion team.”

Enrico Palermo, President of The Spaceship Company said: “This motor and its development process is a perfect example of what can be achieved when talented people come together to work on their dreams. TSC looks forward to building more rocket motors and the fleet of SpaceShipTwo’s, watching them provide the power to open space and change the world for good.”