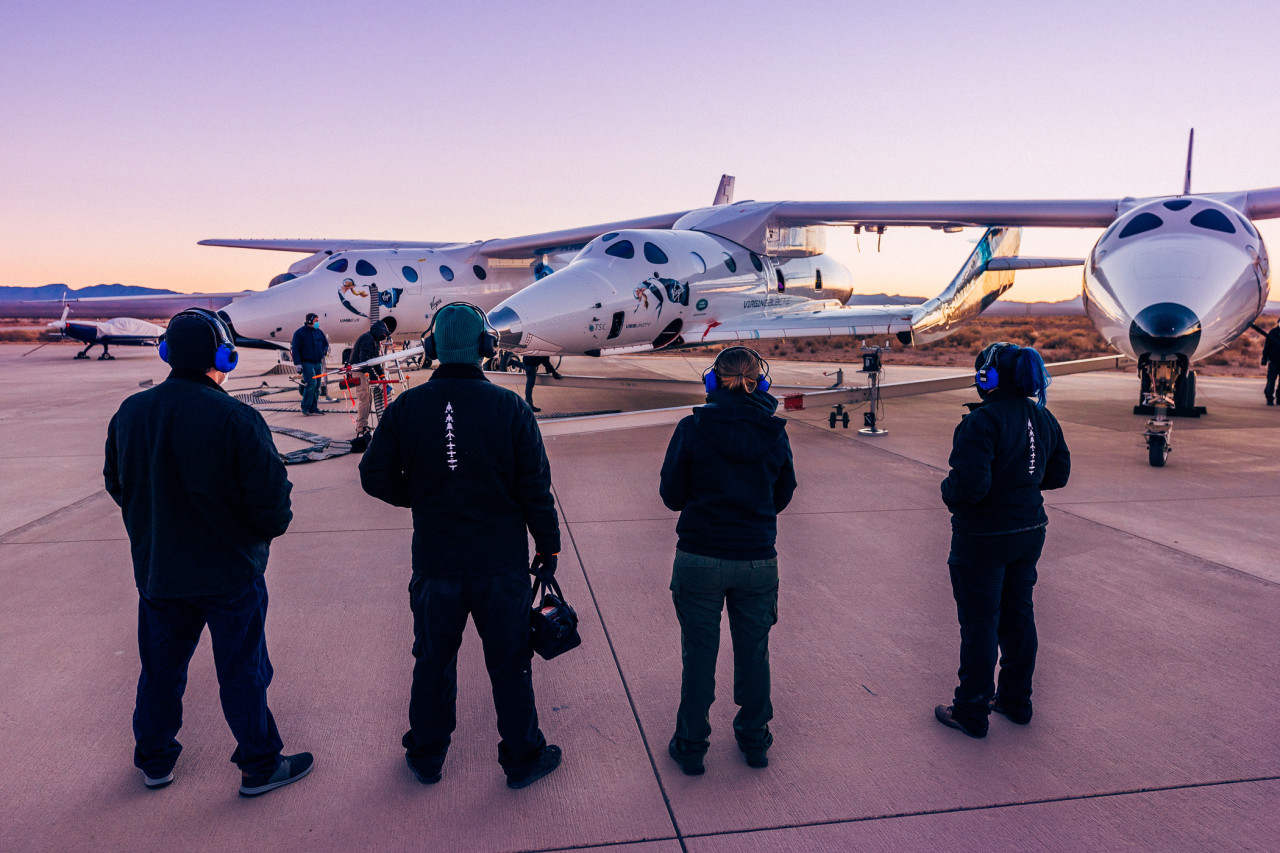 It’s been a few months since our last flight, during which we worked through a planned period of focused ground time. This involved extensive analysis, testing and small modifications to ensure vehicle readiness for the higher loads and forces of powered test flight. Today we tested that work by pushing Unity’s atmospheric capabilities hard, touching top-end glide speeds as pilots Mark ‘Forger’ Stucky and Michael ‘Sooch’ Masucci completed a busy test card.

Alongside confirming the work that has taken place on the ground, the glide flight tested transonic flight performance, stability and control. After release from mothership VMS Eve, the spaceship was immediately pushed into a sharp descent, accelerating to Mach 0.9 which is around the maximum airspeed we can achieve without igniting the rocket motor!

At this stage of the glide flight program, each flight is essentially a dry run for rocket-powered test flights. Where possible the team replicates those powered flight conditions by, for example, adding water ballast to simulate the weight and positioning of the rocket motor. As during previous flights, the water ballast was jettisoned at around 22,000 feet, allowing the pilots to complete the flight and land in a lighter configuration, again simulating the conditions which will apply during space flight. Also as a precursor to powered flight, VSS Unity flew today with her thermal protection system (TPS) fully applied. This ensures that heat loads generated by air friction during rocket-powered boost and supersonic re-entry cause no damage to the vehicle. It’s a good look though, with the upper surfaces of the previously white feather flaps now covered in a protective silvered film.

Congratulations to Forger and Sooch, as well as VMS Eve crew, CJ Sturckow, Kelly Latimer and Richard Starke, for a well-executed flight, supported of course by the Virgin Galactic and The Spaceship Company teams on the ground.