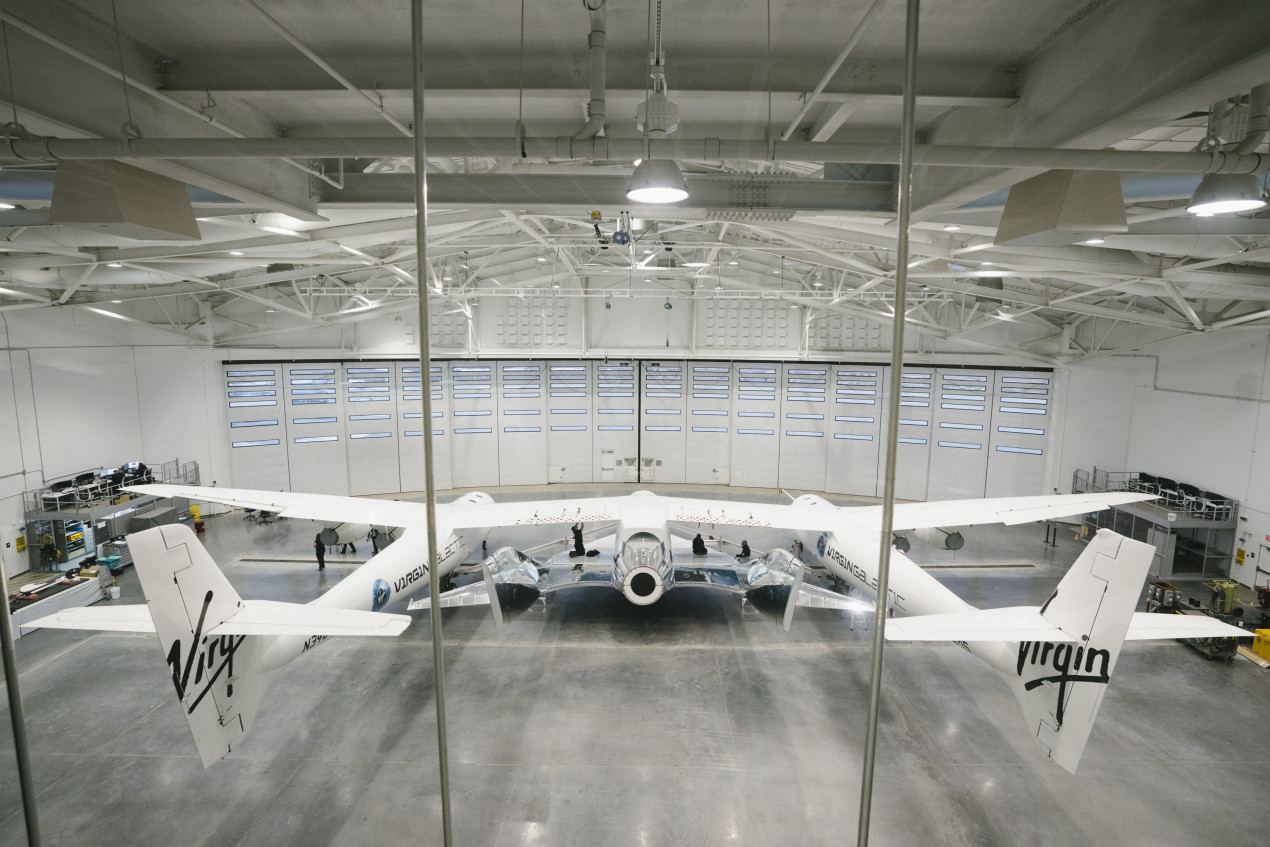 Virgin Galactic today announced the appointments of Swami Iyer as its President of Aerospace Systems and Stephen Justice as its Vice President of Engineering.

As President of Aerospace Systems, Iyer will lead our extraordinary team of engineers, designers, technicians, and support teams who are building the fleet of vehicles and designing the future opportunities that underpin our business. Iyer has over twenty years of experience in commercial and highly classified aerospace, defense and cyber industries. Prior to his appointment at Virgin Galactic, Iyer was President of GKN Advanced Defense Systems. He has also managed businesses across advanced classified aircraft, hypersonic, and space programs while serving in previous leadership roles at Honeywell Aerospace, Ultra Electronics and IAI.

An accomplished US Air Force test pilot, Iyer logged more than 3,500 hours during his military flying career — including 105 combat hours.  He earned Bachelor's and Master's degrees in Aerospace Engineering from the University of Michigan as well as a Master's degree in Flight Test Engineering from the United States Air Force Test Pilot School.  Iyer will begin his role at Virgin Galactic in late March.

As Vice President of Engineering, Justice will lead and grow a world-class engineering team supporting the rapid growth of our Spaceflight system, as well as longer‐term efforts around high‐speed point‐to‐point travel.

Stephen is the former director of Advanced Systems Development for the storied Lockheed Martin Skunk Works®, where he worked for over thirty years. During his career, Stephen led numerous technology breakthrough programs and served on the teams that developed the F-117A Nighthawk, the world’s first stealth attack aircraft, the YF-22A prototype for the F-22A stealth fighter, and the JASSM stealth missile. He also served as deputy program manager for Lockheed Martin's Blackswift, an innovative reusable hypersonic testbed for high speed, high-altitude aircraft technologies.

“I’m delighted that Swami and Stephen are joining Virgin Galactic to accelerate development and expansion of our Spaceflight System, and to guide future opportunites. We have been making great strategic progress as we position our company for future growth opportunities, and I’m excited to welcome two world class aerospace experts who will bring extensive experience and industry expertise to support our production efforts as we continue to ramp up the size of our fleet.”

‘’I have a deep admiration for the profound knowledge and unique aerospace capabilities at Virgin Galactic. I am very excited about the opportunity to complement Virgin Galactic’s aerospace domain and help scale the business as it strives to make space truly accessible for all.”

“I am honored to join Virgin Galactic’s amazing adventure at this inflection point in their journey. I have always been, and continue to be, inspired by the wonder of human spaceflight. I look forward to being a part of Virgin Galactic’s talented team and their purpose-driven approach as we ramp up commercial spaceflight operations.”