Virgin Galactic Announces Major Milestone in Manufacture of Next Spaceship

Virgin Galactic announced today that it has mated the fuselage and cabin of its next spaceship to the completed wing assembly. In addition, the two tail booms have been mated to the spaceship’s rear feather flap assembly. The completion of these two milestones brings assembly of the next SpaceShipTwo, planned to enter service after VSS Unity, a major step forward. 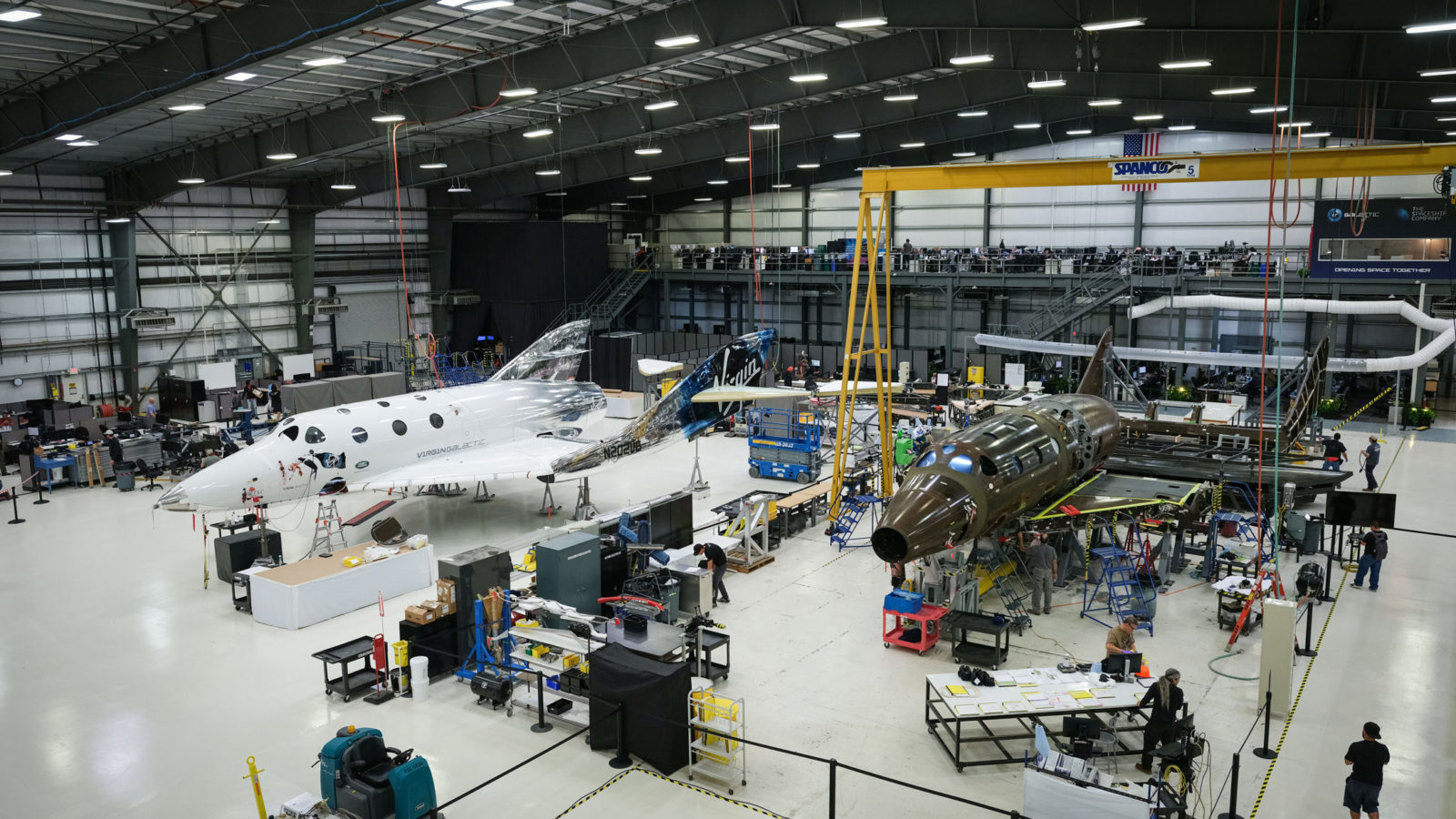 With these milestones, the part fabrication of the wing, fuselage, cabin, nose and feather flap primary structures is now complete for the second commercial spaceship.  In addition, the majority of systems integration for the wing is complete, as well as the build of the cabin crew station installation.

SpaceShipTwo vehicles are assembled in a modular fashion, with the cabin, fuselage, wing and feather assemblies built in parallel. Employing Design For Manufacturability and Assembly (DFMA) techniques, this approach grants easier access for systems integration earlier in the build process, as well as an overall shorter assembly duration.

Virgin Galactic established operations in Mojave, through its development and manufacturing arm, The Spaceship Company, to build and assemble a fleet of spaceships and carrier aircraft for the Virgin Galactic operations in New Mexico. While VSS Unity continues to progress through its comprehensive ground and flight testing program, and is now preparing for its move to Spaceport America in New Mexico, the Mojave-based team has been diligently building two additional SpaceShipTwos.

Enrico Palermo, President of The Spaceship Company said: “Our passionate and talented team has made great progress on the next SpaceShipTwo.  Seeing VSS Unity adjacent to the assembly of the next vehicle as well as the cabin of our third spaceship makes it very clear that we are building a fleet of remarkable spaceplanes for commercial service.”

Before mating the two assemblies, the metrology team used laser trackers to capture precise measurements of the fuselage and cabin and the wing. These measurements confirmed that the assemblies would come together as they were designed to.

“It is exciting to imagine these two vehicles operating shoulder-to-shoulder from Spaceport America in New Mexico,” said George Whitesides, CEO of Virgin Galactic and The Spaceship Company. “We have a strong block design which we believe we can replicate to build the remainder of the fleet, continuing our march toward commercial service.”