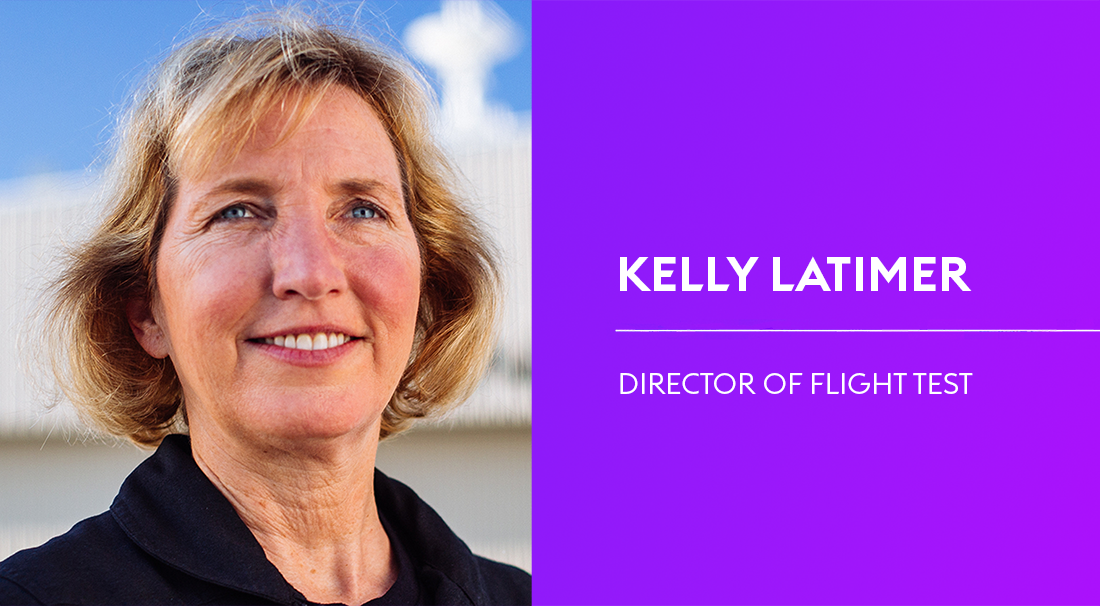 TUSTIN, Calif. – March 30, 2022 – Virgin Galactic Holdings, Inc. (NYSE: SPCE) (the “Company” or “Virgin Galactic”), an aerospace and space travel company, today announced that veteran pilot and retired U.S. Air Force Lt. Col. Kelly Latimer has been promoted to Director of Flight Test. Latimer joined Virgin Galactic in 2015 as its first female test pilot. She currently serves as a pilot for the mothership, VMS Eve, and was pilot in command for the Unity 21 mission and second in command for the historic Unity 22 mission. She will continue to serve as a Virgin Galactic pilot and will fly the Company’s spaceships on future test and commercial missions.

In her new role, Latimer will oversee the entirety of the Company’s flight test program including design, planning, execution, and post-flight analysis. This includes leading the flight test engineering team and managing mission control engineers who gather and analyze flight data to validate the safety and performance of the spaceflight system. Latimer will supervise the completion of the flight test program for Virgin Galactic’s current fleet, which is scheduled to resume later this year, and will work in parallel on the development of the Company’s new motherships and Delta class spaceships.

“The role of Director of Flight Test is essential to our mission,” said Mike Moses, President, Space Missions and Safety at Virgin Galactic. “We are on the precipice of delivering commercial space travel at scale, and the safe, efficient, and timely execution of our flight test programs will be a key part of our success. I have had the privilege of working alongside Kelly since she joined us more than six years ago. She is not only a world-class pilot but has the experience and leadership skills to grow and run a high-performing team responsible for the flight test programs for our current and future vehicles.”

“I am honored to be named Director of Flight Test for Virgin Galactic to lead both a distinguished team and flight test program,” said Latimer. “My whole career has been devoted to piloting and testing aircraft in an effort to design and develop technologies and open up new frontiers. It has been a lifelong passion to make space more accessible, and to contribute to this effort alongside the talented men and women at Virgin Galactic is an absolute privilege.”

Latimer joined Virgin Galactic from Boeing where she was a key team member supporting system development, aircraft design, engineering and certification. She also served as Deputy Director for Airlift Operations and Chief Pilot for Boeing’s C-17 program and was responsible for global operations and managing test pilots and other aircrew for test flight operations.

During her 20 years of service with the U.S. Air Force, Latimer flew on more than 90 combat missions. She retired from the Air Force in 2007 to serve as the first female research test pilot at the NASA Neil A. Armstrong Flight Research Center. At NASA, she conducted experimental flight test and test support on the Stratospheric Observatory for Infrared Astronomy 747SP, T- 38, C-17, 747 Shuttle Carrier Aircraft, BE200 and T-34 for various NASA research projects.

Virgin Galactic is an aerospace and space travel company, pioneering human spaceflight for private individuals and researchers with its advanced air and space vehicles. It is developing a spaceflight system designed to connect the world to the love, wonder and awe created by space travel and to offer customers a transformative experience. You can find more information at https://www.virgingalactic.com/.