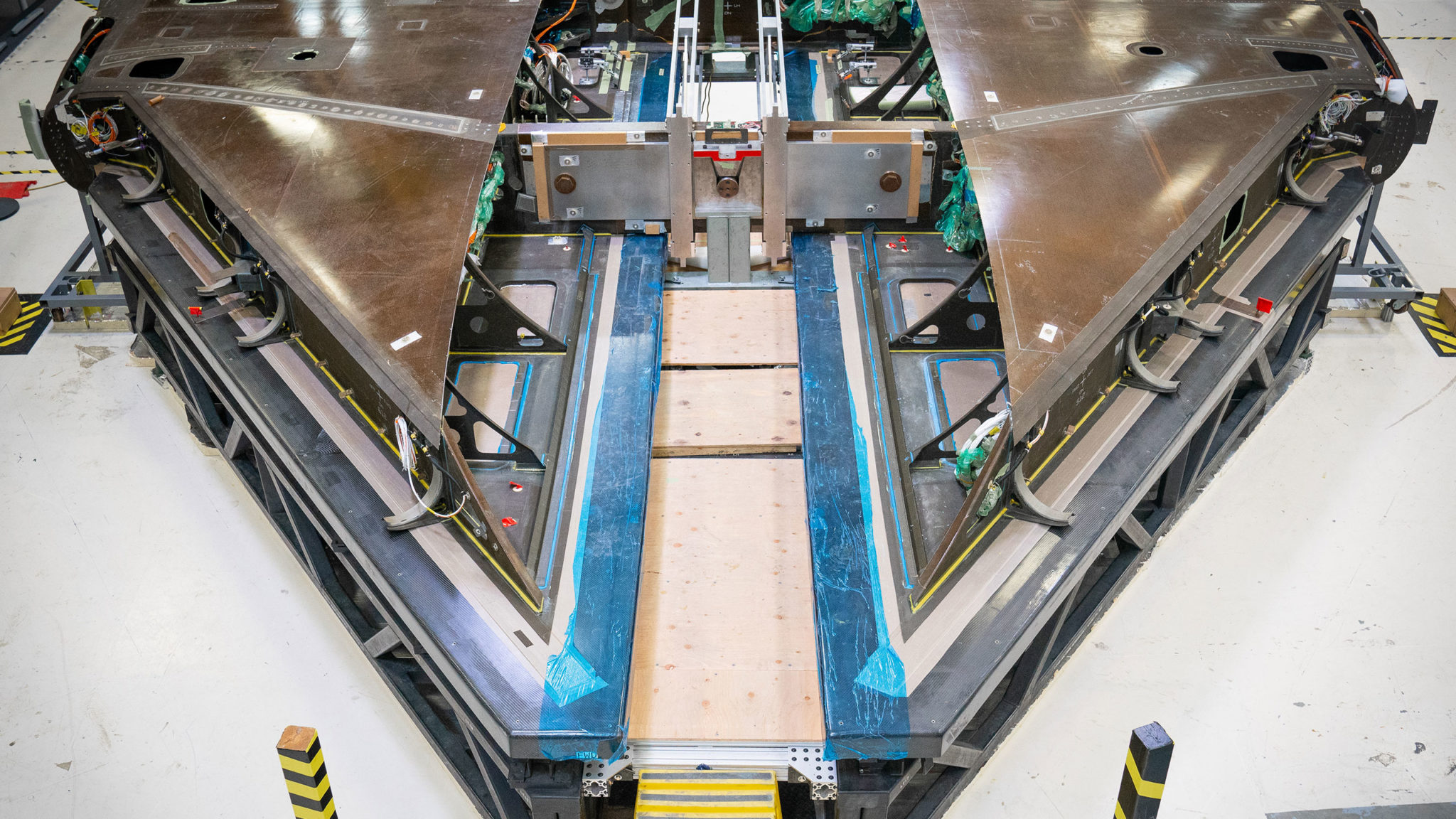 The Spaceship Company (TSC), Virgin Galactic’s space-system manufacturing organization, has completed the systems install and main structure for the wing of the next spaceship in Virgin Galactic’s fleet. The completion of this significant assembly means that the team can begin preparing for the mate of the spaceship’s fuselage to the new wing and moves it closer to beginning its flight test program.

After the upper skins were bonded, the structure was ready for systems installation. At this stage the wing structure is open and the team has maximum access to begin the installation of essential systems. These systems include components such as landing gear, reaction control system (RCS), elevon flight controls and the pneumatic tubing that powers the feathering system which provides SpaceShipTwo with its unique reentry configuration. Along with these systems, the team also installed the avionics wiring harnesses.

After the systems were installed, the team moved the wing structure into place to begin closeout.

Closing out the wing consisted of integrating both structures and systems before finally bonding the lower skins and completing the main wing structure.

Now that the structure is complete, the next major step will be to join the wing to the completed fuselage. This exciting structural milestone brings entry into service of the next spaceship closer.