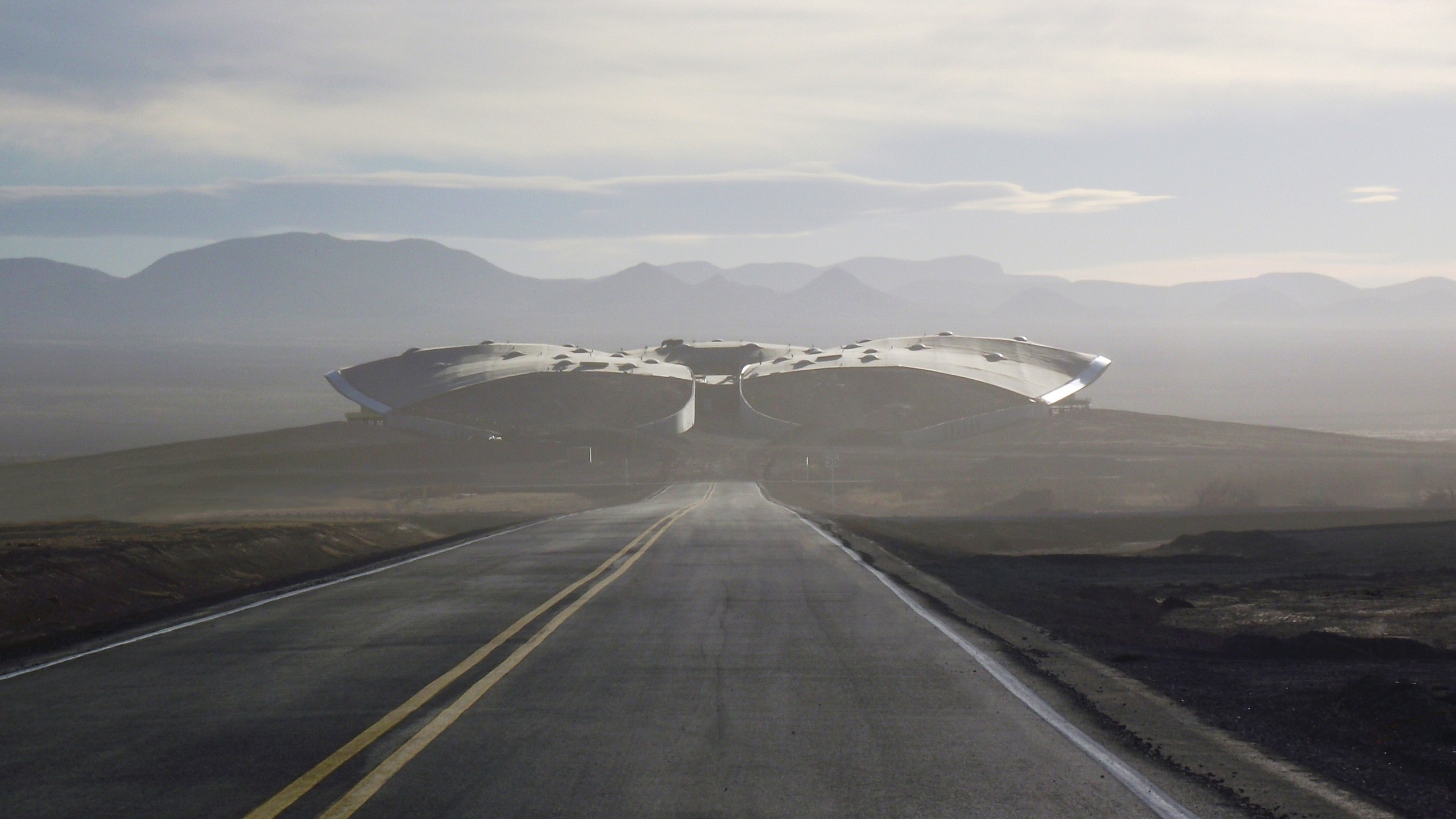 This beautiful corner of southern New Mexico will be the beating heart of our spaceflight operations and the launchpad where we will help open commercial human spaceflight to the world. There is rich spaceflight history here in New Mexico, including the first photo of earth from space, taken by a rocket in 1946. Our next spaceflight is set to deliver that first taste of human spaceflight for the state and, having completed two spaceflights, we as a team know how special these historic moments can be.

If all goes to plan, not only will this flight be the first human spaceflight to depart from New Mexico, it will also mark Virgin Galactic Pilot CJ Sturckow’s sixth time in space, and will see him become the first person to have flown to space from three different U.S. States, an extraordinary professional achievement. I too have had a long relationship with space. At NASA I worked numerous Space Shuttle missions and oversaw the launch of 12 flights, and I have managed another two during my time at Virgin Galactic.  This mission will mark number 15! One thing is for certain, the feeling you get from witnessing your team run a safe and successful mission, followed by greeting the astronauts on their return to earth, never ceases to thrill me.

CJ, like the rest of the team, is focused on completing a safe flight that meets all test objectives and moves us another step closer to welcoming our Future Astronauts on board. CJ will be alongside our Chief Pilot, Dave Mackay, in the cockpit, as we verify a number of key points to take us to the next stage of our flight test program. While we are planning for CJ and Dave to reach space, if test conditions on the day suggest a shorter burn, that’s fine and we’ll return to fly again soon.  The spaceflight system is designed for rapid commercial turnaround, so it is much better to stay on the side of caution and return to base to understand the data and prepare for another test flight.

One thing to note about this flight is that once we are in space, we will be flying slightly differently than how we plan to fly with our Future Astronauts. This is because we’ll have three NASA payloads in the cabin, flown through NASA’s Flight Opportunities Program. Unlike our Future Astronauts,  these payloads aren’t on board for the view, so instead of stopping the vehicle pitch in the inverted position for the best views of Earth, we’ll pitch the vehicle 270 degrees following boost to get to the entry attitude as soon as possible.  This maneuver will maximize time for the payloads to remain in data-collection mode. Carrying these payloads not only makes this test flight a revenue-generating one, but also demonstrates our commitment to facilitating regular, accessible space-based scientific research.

The payloads will be placed in the spaceship cabin, where we have other test objectives planned. While we have flown passenger seats on previous flights, this will be the first time in flight where we actively recline the seats once in space, which will create extra room when Future Astronauts are floating in zero gravity. For this first test of the seat recline in a space environment, we will have instrumented test mannequins strapped in.

While on the subject of customer experience, it’s also worth noting that we’ll be testing the full suite of internal cabin cameras and our future capability to stream live footage from the spaceship down to the ground.

Since our last flight to space, we’ve refined and upgraded a few other elements on the spaceship. We’ve extensively tested these changes on the ground and in our previous two flights from Spaceport America, and we are now ready to test them on a rocket-powered flight.  We’ve made upgrades to the horizontal stabilizers (known as H-Stabs), which are the flight control surfaces on the outboard of the feather booms. We’ve also made improvements to the flight control system that commands these Hstabs to move in response to pilot inputs. We’ve already flown these improvements on our last two glide flights, and they performed well.  Together these mods will enhance the performance of the spaceship and support long-term commercial service.

We anticipate that this upcoming flight will provide some of the data for us to close out our final two verification reports required by the FAA to remove the remaining proviso in our current commercial spaceflight license.

Upon successful completion of this flight, and data review, we will proceed to the next phase of testing, where we will fly four mission specialists in the cabin to test and refine the equipment, procedures, training and overall experience.

It’s a great time to be part of Virgin Galactic, as we work together to bring the wonder of human spaceflight to the state of New Mexico for the first time this Fall – and, even more exciting – many more times in the years ahead.

Virgin Galactic Holdings, Inc. is a vertically integrated aerospace and space travel company, pioneering human spaceflight for private individuals and researchers, as well as a manufacturer of advanced air and space vehicles.  Using its proprietary and reusable technologies and supported by a distinctive, Virgin-branded customer experience, it is developing a spaceflight system designed to offer customers a unique, multi-day, transformative experience.  This culminates in a spaceflight that includes views of Earth from space and several minutes of weightlessness that will launch from Spaceport America, New Mexico.  Virgin Galactic and The Spaceship Company believe that one of the most exciting and significant opportunities of our time lies in the commercial exploration of space and the development of technology that will change the way we travel across the globe in the future.  Together we are opening access to space to change the world for good.