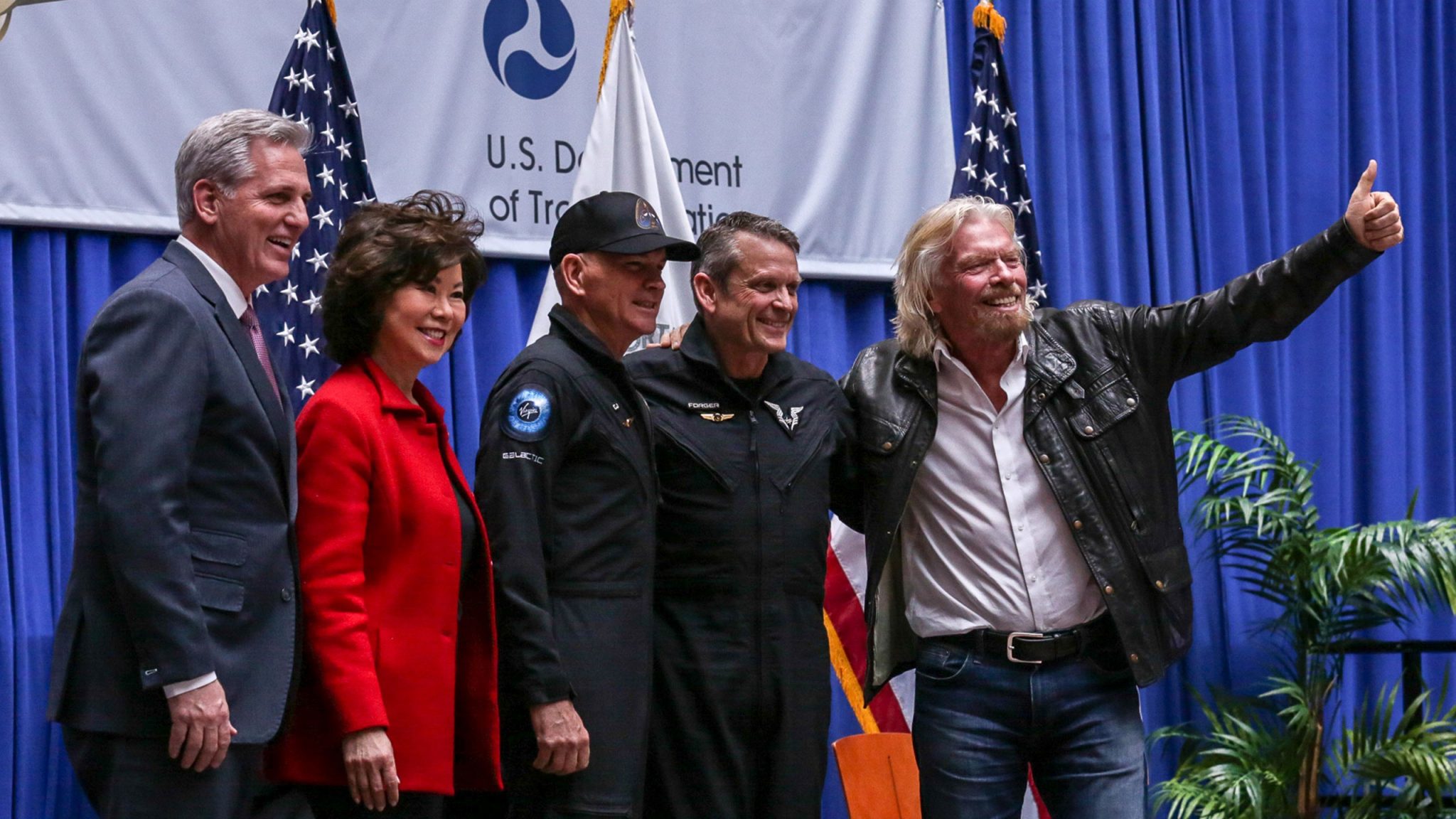 In another historic moment for the commercial spaceflight industry, Virgin Galactic was proud today to see its pilots Mark ‘Forger’ Stucky and ‘CJ’ Sturckow, awarded Commercial Astronaut Wings by the U.S. Department of Transportation in recognition of the company’s ground-breaking first spaceflight from Mojave Air and Space Port CA, on December 13th last year.

The ceremony was held at the U.S. Department of Transportation Headquarters in Washington D.C., hosted by U.S. Transportation Secretary Elaine L. Chao.

The awards of the Commercial Astronaut Wings, which have been earned on only two previous occasions in 2004, carried the additional significance of marking the first crewed spaceflight from American soil since the Space Shuttle’s final mission in 2011.

Virgin Galactic’s December 13th test flight saw Forger become the 568th human in space and, along with CJ, the first humans to reach space in a vehicle built for commercial passenger service.

CJ now also becomes the first astronaut to hold both commercial space and Naval Aviator Wings, having flown as a pilot on four NASA Space Shuttle missions to the ISS.

Receiving the wings, Forger commented: “Receiving commercial astronaut wings is an honor for me as it is acknowledgment of a personal achievement. But it goes beyond that, it’s really an acknowledgment of a company achievement of Sir Richard Branson’s vision which was made possible by the conceptual design genius of Burt Rutan, the detailed design of Jim Tighe, Bob Morgan, and numerous other extremely bright and hard-working engineers at Scaled Composites, and then ultimately improved upon, built, and flight tested by the men and women of The Spaceship Company and Virgin Galactic. And these wings are really dedicated to them.”

CJ added: “It was a great flight and I can’t wait to do it again.”

Sir Richard Branson, who accompanied the pilots to the ceremony said: “The U.S. leads the world both in the exploration of space and in creating the conditions for a new space age, where it will operate alongside and in partnership with the private sector. While today’s awards ceremony is, of course, a proud moment for our wonderful pilots and the whole Virgin Galactic team, it is also symbolic of an enabling regulatory framework that allows for innovation while prioritizing safety. It is this which has allowed us to pursue our dreams and which will ultimately underpin our commercial success as we seek to democratise space for the benefit of humankind.”

December’s spaceflight was the latest and most significant achievement in the Virgin Galactic flight test program. The company is now preparing for further test flights as it moves steadily towards a full commercial passenger service from Spaceport America, New Mexico.