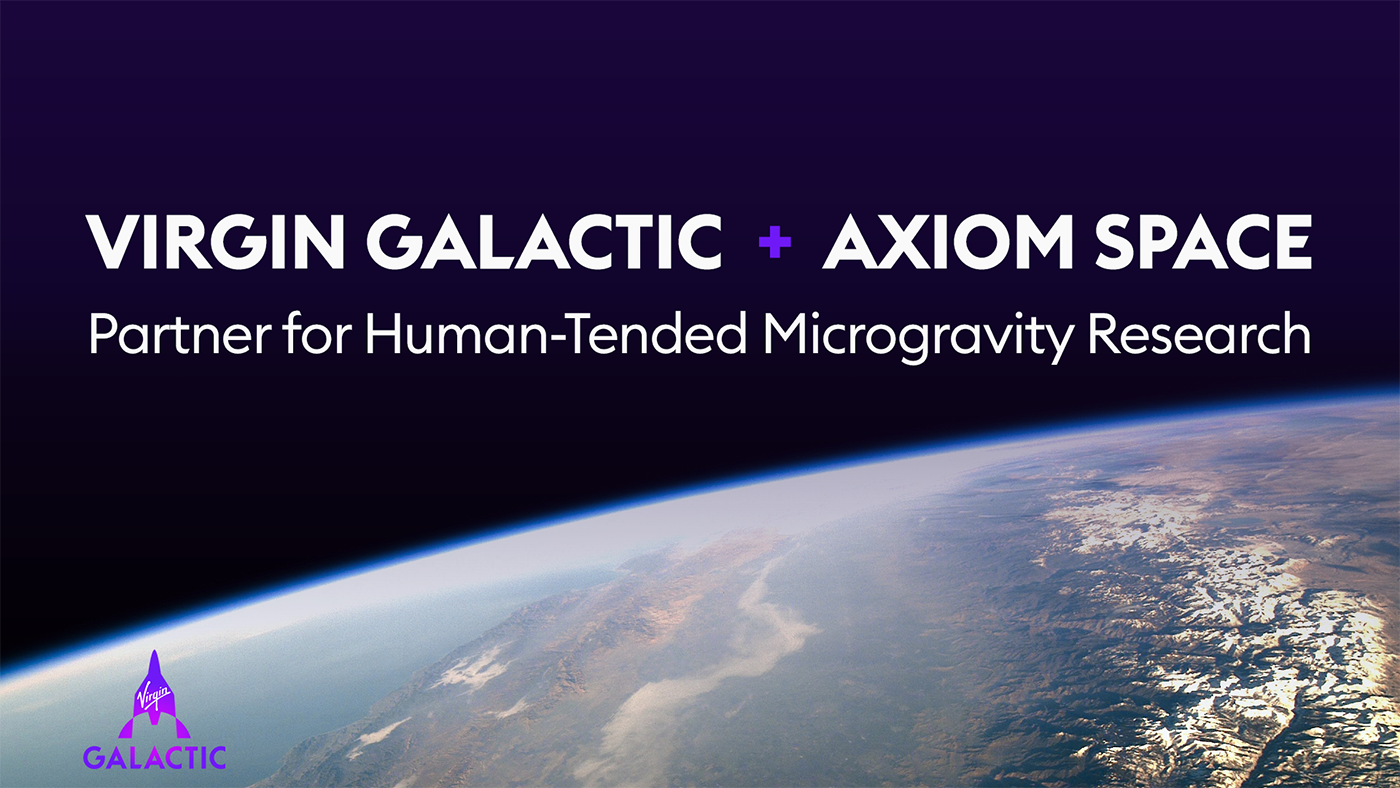 TUSTIN, Calif.- November 3, 2022 - Virgin Galactic Holdings, Inc. (NYSE: SPCE) (the “Company” or “Virgin Galactic”), an aerospace and space travel company, today announced an agreement with Axiom Space, a U.S.-based commercial space company, to support a microgravity research and training mission. The Virgin Galactic spaceflight, tentatively scheduled for next year, will prepare an Axiom Space astronaut for an upcoming trip to orbit, while conducting microgravity research to supplement the work that astronaut will do on the International Space Station.

Virgin Galactic has a deep commitment to providing opportunities for research and scientific exploration in a suborbital space environment. Its pilot-controlled parabolic trajectory from a horizontal launch configuration can be adjusted to the specific needs of the payloads on board, making Virgin Galactic uniquely suited to fly both autonomous and human-tended experiments. The Company has flown research experiments on all previous spaceflights and is reserving 10 percent of its first 1,000 seats for science and technology research missions.

“Our spaceflight system offers a unique opportunity for research, and we’ve seen interest from a range of scientific and technology domains spanning from heliophysics to biological and physical life sciences,” said Virgin Galactic Vice President of Government Affairs and Research Operations Sirisha Bandla. “We are excited to work with Axiom Space as we continue to expand the ecosystem for microgravity research and build a pipeline for Virgin Galactic missions to support orbital space travel. Our commitment to research deepens our connection to planet Earth, enabling humanity to broaden our understanding of Earth and our place on it.”

Virgin Galactic is an aerospace and space travel company, pioneering human spaceflight for private individuals and researchers with its advanced air and space vehicles. It is developing a spaceflight system designed to connect the world to the wonder and awe created by space travel and to offer customers a transformative experience. You can find more information at https://www.virgingalactic.com/.

Axiom Space is guided by the vision of a thriving home in space that benefits every human everywhere. The leading provider of human spaceflight services and developer of human-rated space infrastructure, Axiom operates end-to-end missions to the International Space Station today while privately building its successor, Axiom Station, the first permanent commercial destination in Earth's orbit that will sustain human growth off the planet and bring untold benefits back home.